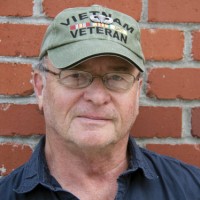 Dick Conoboy is a recovering civilian federal worker and military officer who was offered and accepted an all-expense paid, one year trip to Vietnam in 1968. He is a former Army [...]

Thanks for this excellent survey of the stealth privatization of Medicare.  I appreciate the hard work you have put into gumshoeing this matter, which has been intentionally kept out of public sight.

There is a reason Vlad Dracul’s progeny are only active under the cover of the dark.

Pramila Jayapal, Chair of the House Progressive Caucus, in “official-speak”, said in a letter to HHS Secretary Becerra, signed by 52 members of Congress: “DCE’s pose a threat to patient care and outcomes due to the encroachment of profit-driven organizations in their care. “

PNHP, Physicians for National Health Program has created a website, protectmedicare.net, that shows why these programs are a real threat to what was supposed to be a “public good.”  Check it out. Hands Off Our Medicare !

Thank you for a also alterting me in an email of the existence of   the grassroots, citizen organization called Puget Sound Advocates for Retirement Action (PSARA)  on whose agenda is fighting this privatization of Medicare.  I urge readers to visit their website to gather additional information on privatization and the organization’s work to combat it.