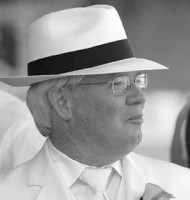 “Also, according to Washington state court judgements, it is legal to lie on campaign flyers.”

Why am I not surprised by this?

Louws doesn’t sound too sorry to me. He seems to be suggesting that the voters will decide if it was an appropriate mailer.  Wrong.  That will be the PDC.

I love the irony of Louws comment:’” ... I’m a hawk on government efficiency, accountability, and compliance with applicable law.”  Then Louws, why as the land purchased for the jail property originally assessed at $30,212 an acre, then $44,329 an acre and finally, 6 acres bought for $149,488 an acre?

What a crock of shit.  Louws is apologizing for the controversy. Nothing short of weasel-worded crap.

Notice that County Executive Louws chose to respond to someone who expressed that they were a jail supporter, in otherwords a constituent that seemed like they might be potentially won back by an apology.  “Not my best work” and “sorry for the controversy” are not the responses we need from our elected officials when they do something this unethical, especially in such a flagrant way.  Saying you will be taking responsibility and doing nothing now means: nothing.

thanks for posting here. B’ham Herald online had an article with the letters this AM (~8:30) but it’s been disappeared… gee, wonder why?

A key person who’s doubtless at the heart of this mess (and, like the heart, out of sight unlike Elfo & Louws) is Chief Prosecuting Attorney D McEachran .... 40? years and counting in that leadership position. All county officials rely on county legal advice. Yes, lower-downs like Dan Gibson is the name give for approving the flyer, but McEachran is the guy at the top and he’s the one determining The Line over which his underlings must not step.

So why has NOTHING I’ve read even mentioned McEachran? Maybe not surprising given his rep re: “disagreers”, whether potential opponents in elections (none for years ... wonder why…) or in Council ethics (e.g., when Ward Nelson was allowed to vote to reject all candidates to replace Bob Kelly years, leaving the position open for Nelson; McE was sent ethics violation info but he decided it was no big deal and didn’t forward it to state AG; end of ‘problem.’)

This whole thing is a calculated risk by the jail industry lobby spin doctors.  I am sorry to be a sales analyst, but this is what I see:

They calculate the risk, the drop, the repercussions, the timing, the gain and the entire thing is done as a slight of hand trick; and maybe no-one is smart enough to call it out and it will just blow over.

- Their risk was a hand slap from the PDC and maybe a fine???  Maybe it will throw the vote, maybe it will cause both propositions to win…either way, not a big loss since the jail initiative might be losing anyway; and maybe they gain the Proposition 1 district only voting.  So no real loss, maybe a gain…and the taxpayers pay anyway.

- The gain was the following:

1) They got high press value and talk/buzz about both Propositions - which they wanted.  This is always a win for publicity, and it hits the target audience immediate to drive them to vote.  Since they calculated which target, they got good reach. You can guess that because a lot of people are saying they didn’t get it…and are now waiting for it.

2) They calculated and got the high value of having a high gloss mailer sent out that edifies Jack as a hero doing all kinds of good things with the mental health. That is worth a bunch on the uptick side of the equation. Well worth it they say.

3) Then they add in the high calculated value on Sheriff Elfo, who needs the credibility of stature in his uniform…and he authenticates with deep emotional drama the importance of protection.  So he draws votes and gets results.

4)  Then they add in the high calculated value of further authenticating the mailer with the Prosecutor…and he gets press, edification and value, and that too is a win, for he looks good.

5)  The pictures, are calculated on purpose to shame, blame and game people into an emotional response which is exactly what the designers want…and instant and reactionary response. So they get the urgency issue in the mix…and people want to feel better so they will vote.

7)  Lastly, if the vote against the jail dooms it…as long as Jack Louws wins, they still can pass the jail tax later…so the total risk is essentially nothing.

The planners got paid to write it, and it doesn’t cost them anything…only cost is to the taxpayers…so there is no net loss to mailing it.

All in all…based on their analysis, this is a homerun for them at this date.

UNLESS our taxpayers are wise.  UNLESS our County Council is wiser and decides to call it out and take action to stop this.

Monologues and anecdotes are not the essence of a forum.

What Cascadia Daily News Should Have Said

CDN did a report on a report. Where was the investigative journalism?

5 comments, most recent 5 days ago

Susan Prosser invites all to an officer-led safety forum on 9/29, hosted and moderated by Senator Simon Sefzik.

The League of Women Voters is offering forums on ballot positions so you can hear directly from the candidates. Catch them all or pick and choose.

The author outlines definitional problems in our broadband efforts

Why is flag at half-staff?

Old Glory is flying at half-staff on flagpoles today. We explain why our national flag is lowered.

We Need a New Pledge of Allegiance

It is time to change our national pledge of allegiance - a change in response to the insurrection of January 6, 2021 and the attack on our National Capitol Building.

7 comments, most recent 1 month ago

Privatization of Medicare has moved into the state of Washington. Beware of the Dirty Dozen.

11 comments, most recent 1 month ago

A running Record of the Zero Transparency Policies of the PUD, Port, County and City Councils From 1/12/2022 Onward

There are no classifications beyond TOP SECRET. Stop the hyperbole.

11 comments, most recent 1 month ago

Now is your opportunity to tell this administration that the steal from Medicare has to stop. Medicare Advantage only “advantages” the corporations that run it.

15 comments, most recent 1 month ago

A look at where TAGNW, Jon Humphrey, and Whatcom County are headed for broadband Internet access.

2 comments, most recent 1 month ago

This Man Is Smiling Because ...

Jeff Bezos is positioning himself to rob Medicare, but his grossly and ridiculously overvalued trillion-dollar-ass won’t go to jail for it.

2 comments, most recent 2 months ago

Council Advised Against Talking to the Public

County attorneys advise elected officials NOT to talk to us.

10 comments, most recent 2 months ago

Letter: Ineffective on the Council

After almost 50 years, Congress finally looks to recognize the Donut Dollies who served in Vietnam

Paying More to Get Less

Whatcom County will not attract business or talent without fiber.

Myra Ramos writes about the smear of candidate Sharon Shewmake

Uncle Joe Has Targeted Medicare For Privatization. His Next Target? Your Social Security.

The past actions of a presidential appointee are a good indicator of the direction in which the president wants to go.

9 comments, most recent 2 months ago

Anon letters trying to intimidate us and our writers are non starters.

9 comments, most recent 2 months ago

16 comments, most recent 1 month ago

Dianne Foster explains why, after 21 years, Rick Larsen has got to go!

11 comments, most recent 2 months ago

How does our Declaration of Independence speak to us today?

13 comments, most recent 3 months ago

An Obligation to Speak Up

Satpal Sidhu writes on sensible gun laws. This is not freedom that we love, this is anarchy.

5 comments, most recent 3 months ago

22 comments, most recent 2 weeks ago

2 comments, most recent 3 months ago

Greenwashing: The Filter on a Cigarette

If we are not including repeal of the Second Amendment in our national conversation, we are not serious about stopping gun violence. For therein lies the solution.

27 comments, most recent 3 months ago

The supportive housing building at 1022 North State St. is having severe control problems with drug use, unsanitary conditions, and daily police interventions.

8 comments, most recent 3 months ago

Letter: DCEs and Privatization of Medicare

Memorial Day and Donut Dollies - They Wore Dog Tags Too

Truth be told, most of these young women were in as much danger as many soldiers. Hostile fire is hostile fire. Agent Orange was everywhere.

An overwhelming response to a webinar on fighting the privatization of Medicare crashed the website of the sponsor, Physicians for a National Health Program (PNHP)

Fiber vs. Cable vs. Wireless

We know internet access is a big deal. We know about the digital divide. 5G is rolling out. Do you understand what’s going on? Leslie Shankman explains beautifully.

3 comments, most recent 4 months ago

Bellingham and Whatcom Councils should follow suit to protect their citizens from corporate control.

Tower to be built in residential neighborhood, near two elementary schools

5 comments, most recent 4 months ago

Death of the Golden Goose

15 comments, most recent 4 months ago

The Hype vs. the Reality

Feds announce discounted/free high-speed internet, but the devil is in the details.

The baton has been passed to the developer to perform on this private dormitory complex. We shall see…

Letter: Local Governments and the Environment

Medicare Beneficiaries to Uncle Joe: “Thanks for stopping by.”

Biden missed a chance to truthfully address his administration’s actions to privatize Medicare.

4 comments, most recent 4 months ago

14 comments, most recent 5 months ago

Yet another un-affordable rental complex for Bellingham as we slide down the razor blade of housing affordability.

6 comments, most recent 5 months ago

Cantwell, Larsen, And Others Respond To Complaints About Medicare Privatization Attempts

It seems that getting our congressional reps to directly oppose privatization efforts is too difficult a commitment.

5 comments, most recent 5 months ago

3 comments, most recent 5 months ago

Why is flag at half-staff - Archive

Archive of past notices and reasons for the half-staff flag on the Fairhaven Veterans Flagpole.

Hip Hip Hooray for the Herons!

Twenty-two years, hundreds of volunteers, thousands of hours, their own lawyer, and the herons won!

8 comments, most recent 5 months ago

If this story were a movie, nobody would go because it is so unbelievable.