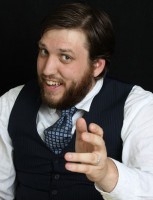 Riley Sweeney, raised in the Pacific Northwest, moved to Bellingham during the Bush years, worked on a cross-section of political campaigns during the Obama years, and then fled to the [...]

The video is funny as hel… er… heck but you really should go to the Herald political blog both to see the video and to take a look at the accompanying discussion.

Jack’s right, the comments at the Hairball sum it up quite well.

I say let’s give Jack a break and agree to conclude he must’ve been just really drunk.

If Jack Petree was shit-faced drunk when he wrote that incoherent letter, that that doesn’t explain his obnoxious and boorish conduct over the last three decades.

Like most of Jack’s gibberish, the letter makes perfect sense to people who already share his delusions.  To the rest of the world, it looks foolish, mean-spirited, self-interested and deeply bigoted.  Not to mention inept, petty and obnoxious.

Any letter that Godwins itself by the fourth sentence has already ended any reasonable discussion.

If Petree can’t man up and admit he’s wrong, then his opinions are just loudly expressed prejudices, not a reasoned discussion in search of truth or consensus.  If all Jack wants is a fight, then he has come half-armed to a battle of wits.

The best test of Truth…not accepted, by some in the Marketplace of Ideas.

Did not the Rev. Martin Luther King, also discuss Hitler, the Jew’s, and the Warsaw Ghetto’s religous sheep?

“..Those who won our independence believed that the final end of the State was to make men free to develop their faculties, and that, in its government, the deliberative forces should prevail over the arbitrary. They valued liberty both as an end, and as a means. They believed liberty to be the secret of happiness, and courage to be the secret of liberty. They believed that freedom to think as you will and to speak as you think are means indispensable to the discovery and spread of political truth; that, without free speech and assembly, discussion would be futile; that, with them, discussion affords ordinarily adequate protection against the dissemination of noxious doctrine; that the greatest menace to freedom is an inert people; that public discussion is a political duty, and that this should be a fundamental principle of the American government. They recognized the risks to which all human institutions are subject. But they knew that order cannot be secured merely through fear of punishment for its infraction; that it is hazardous to discourage thought, hope and imagination; that fear breeds repression; that repression breeds hate; that hate menaces stable government; that the path of safety lies in the opportunity to discuss freely supposed grievances and proposed remedies, and that the fitting remedy for evil counsels is good ones. Believing in the power of reason as applied through public discussion, they eschewed silence [p376] coerced by law—the argument of force in its worst form. Recognizing the occasional tyrannies of governing majorities, they amended the Constitution so that free speech and assembly should be guaranteed.

Fear of serious injury cannot alone justify suppression of free speech and assembly. Men feared witches and burnt women. It is the function of speech to free men from the bondage of irrational fears. To justify suppression of free speech, there must be reasonable ground to fear that serious evil will result if free speech is practiced. There must be reasonable ground to believe that the danger apprehended is imminent. There must be reasonable ground to believe that the evil to be prevented is a serious one. Every denunciation of existing law tends in some measure to increase the probability that there will be violation of it. Condonation of a breach enhances the probability. Expressions of approval add to the probability. Propagation of the criminal state of mind by teaching syndicalism increases it. Advocacy of law-breaking heightens it still further. But even advocacy of violation, however reprehensible morally, is not a justification for denying free speech where the advocacy falls short of incitement and there is nothing to indicate that the advocacy would be immediately acted on. The wide difference between advocacy and incitement, between preparation and attempt, between assembling and conspiracy, must be borne in mind. In order to support a finding of clear and present danger, it must be shown either that immediate serious violence was to be expected or was advocated, or that the past conduct furnished reason to believe that such advocacy was then contemplated.
Those who won our independence by revolution were not cowards. They did not fear political change. They did not exalt order at the cost of liberty. To courageous, self-reliant men, with confidence in the power of free and fearless reasoning applied through the processes of popular government, no danger flowing from speech can be deemed clear and present unless the incidence of the evil apprehended is so imminent that it may befall before there is opportunity for full discussion. If there be time to expose through discussion the falsehood and fallacies, to avert the evil by the processes of education, the remedy to be applied is more speech, not enforced silence. Only an emergency can justify repression. Such must be the rule if authority is to be reconciled with freedom.  Such, in my opinion, is the command of the Constitution. It is therefore always open to Americans to challenge a law abridging free speech and assembly by showing that there was no emergency justifying it…”

Todd,  that is too long a quote for just being ‘fair use’.  And, lets at least give attribution for who wrote that.

More to the point, comments are for your own writing - not for extensive quotes of others.  This is a dialog, not instruction.  It would serve your purpose better to simply link to the author and article that you are quoting.  If you want, let me know and I can tweak your comment to link to this person’s writing.  You could still take out a sentence or two for a ‘fair use’ taste of what you hope the reader will gain from following your link.  Email me the info and I’ll make the change.  .(JavaScript must be enabled to view this email address)

Ok John,
A Jew and a Presbyterian, Brandeis and Holmes.
http://www.law.cornell.edu/supct/html/historics/USSC_CR_0274_0357_ZC.html

Speech, many times related to the truth and it’s consequence.

Dianne Foster expresses her thoughts and regrets as the Bellingham Herald announces the pending cancellation of Saturday newspapers.

3 comments, most recent 1 year ago

After 20 some years of owning and managing Northwest Citizen, I am retiring - and hopeful that some person or group will take ownership and go forward.

7 comments, most recent 1 year ago

What Is Doug Ericksen Thinking?

Sen. Doug Ericksen’s blind fealty to a deeply unpopular president and his profligate use of taxpayer funds are likely to cost him dearly as he vies to get reelected in November.

8 comments, most recent 2 years ago

Dick Conoboy has written for over 10 years about Bellingham city hall not enforcing its own laws and the slow destruction of single family neighborhoods. The award is well earned.

Saturday and Sunday, Nov 4 and 5, KMRE is hosting town hall meetings seeking ideas and help for the future of the radio station.

Truckers are protesting in three states - and the news media is pretending it is not happening.

What is with the Herald?

Honesto Silva Ibarra died while toiling in Whatcom County berry fields. The Herald does not report it. The Weekly does. Oh, and Margaret Bikman is let go by the Herald.

Doug Ericksen and Anthony Scaramucci were ill cast in the role of communications directors.

Ellen Murphy writes a requiem. The Joe Show on KBAI is being shut down. The noon every day show is the victim of a decision of large corporate media located 2,000 miles away.

Primary: I’m voting Jean Layton for city council—and you should, too

The Aug. 1 primary is more about who shouldn’t advance than who should.

Being Thankful on Thanksgiving

Most - maybe all - reading this have much to be thankful for. Many may feel grief or despair because of the elections. They should not because what we have [...]

We feel it appropriate to allow this millennial to blast away at us for my articles on Trump and Hillary. These articles can be referred to a year and years from now for how well they stand up.

The role of the investigative journalist

Living in a left-leaning state with a top-two primary, liberal voters in Washington sometimes must look for finer shades of distinction between the candidates who make it to the general [...]

Apparently, Bellingham police are unhappy with criticism stemming from the ongoing wave of cops killing black people. One Bellingham officer, Michael de Ruiter, penned an op-ed for The Bellingham Herald [...]

“On the Internet, nobody knows you're a dog.” But they find out quickly enough. New Yorker cartoonist Peter Steiner captured something true about our virtual reality with this 1993 caption. [...]

2 comments, most recent 3 years ago

A perspective on the our changing news system, the consequences, and the challenges for the future. With a suggestion of the solution.

5 comments, most recent 4 years ago

Kudos to Our Police

Bellingham police are obviously trained to de-escalate armed confrontations. This is the way it should be.

6 comments, most recent 4 years ago

The second annual award for Citizen Journalism will be to The Political Junkie himself who runs the Sweeney Politics blog, Riley Sweeney.

The Herald gave us their top 10 stories, Riley gives you his top 5

Tune in TONIGHT for Political Comedy

In the Weekly, Tim Johnson left out three words in quoting Craig Cole - and his story misleads readers. Guest article by Sandy Robson.

11 comments, most recent 5 years ago

Herald and Weekly Withhold the News

Wyoming Senators and coal honchos were in Whatcom County June 10 - to hold a news conference with select reporters.

7 comments, most recent 5 years ago

A perspective by guest writer Ellen Murphy reflects on the Whatcom Watch and the threatened law suit by Craig Cole.

22 comments, most recent 5 years ago

Riley posted this morning that Seth Fleetwood has decided to challenge Doug Ericksen for state senate in the 42nd District.

Fukushima radiation has been found 20 miles from Whatcom County farmland along the Fraser River in British Columbia.